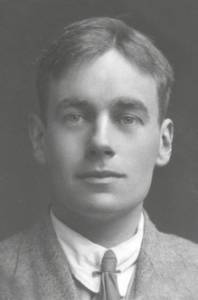 Hubert Butler (1900–1991), Kilkenny man of letters, remains a largely undiscovered treasure of Irish literature. Proud of his Protestant heritage while still deeply committed to the Irish nation, he sought in his life and writing to ensure that Ireland would grow into an open and pluralistic society. His five volumes of essays are masterful literature in the tradition of Swift, Yeats and Shaw, eloquent and humane readings of Irish and European history, and ultimately hopeful testimony to human progress.

Widely travelled, Butler wrote on a great variety of subjects outside Ireland, not the least concerning his experience of the Balkans, which remains deeply relevant to the recent history of the region. With unfailing prescience, he also wrote on topics as diverse as the Irish Saints, archaeology, local history, the Anglo-Irish Big House, the Irish Literary Revival, nationalism, Partition, Mitteleuropa, Stalinism, and the Holocaust. An early exponent of ecological perspectives, his abiding themes are a faith in the local; a belief in the value of the small nation; the dangers of globalization and mass communications; and the enduring search for humane community amidst “the civilisation of the anthill”.